Back in 1966, the only hazard delineation product on the market was the flare pot, a primitive device full of kerosene with a burning wick. A man named Lorne Hooper wanted to create a safer device, so he developed a flashing light fixed to a steel barricade.

Lorne launched a small company called Alberta Traffic Supply Ltd., which was the first flashing light barricade rental company in western Canada. Armed with a handful of business cards and plenty of enthusiasm, Lorne introduced his product to Edmonton. The rest, as they say, is history.

Over the years Lorne kept meeting the growing needs of the construction industry. His company grew, and as a result of his efforts, we now have over 200 people across Canada.

We opened our first branch in Edmonton, Alberta.

We opened our second branch in Calgary, Alberta.

We opened our third location in Regina, Saskatchewan.

We bought Trafco to expand into installation and intelligent traffic systems.

We started WAPSI as a lane closure division to reduce risk between ATS and our work areas.

Tired of sending Alberta reps into the next province, we opened a branch in Langley.

We bought two flagging companies so we could expand our services in British Columbia.

We opened a new branch in Winnipeg so we could offer service further east.

We bought Signal Industries in Dauphin as part of our eastern expansion.

We bought Signal Industries in Regina as part of our eastern expansion.

We sold our flagging companies to focus on different areas of service.

We combined all our businesses into one group with a similar identity and different names.

We absorbed Trafco and Guide Sign, integrating them into the rest of the ATS Traffic Group.

We reorganized WAPSI to become On-Street Services, our new services division. Every branch now has an OSS division.

We rebranded the company with a single name and identity.

Thanks to our ATS family, we celebrated 50 years in business in 2016. 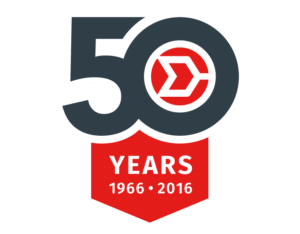